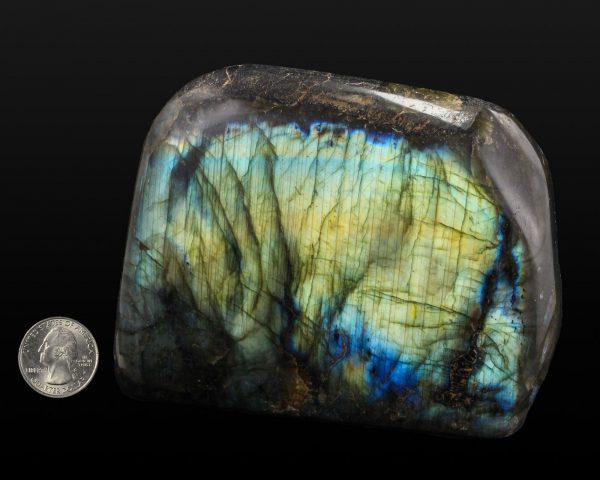 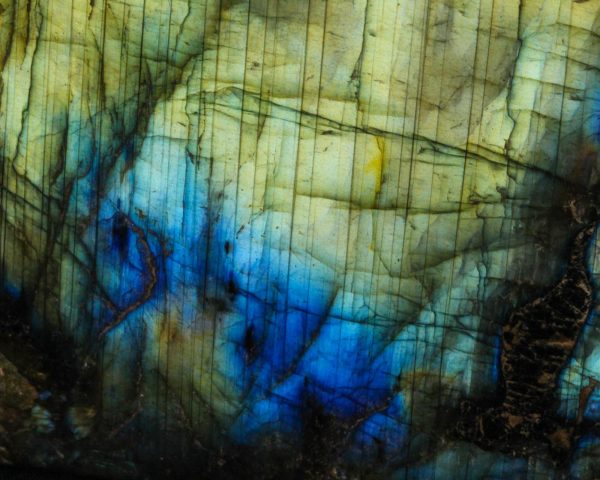 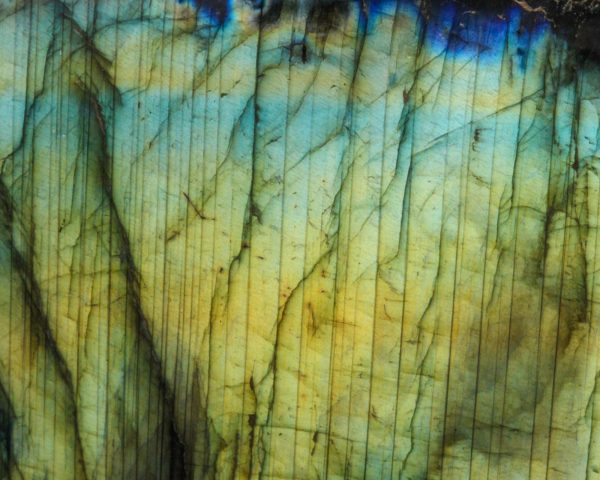 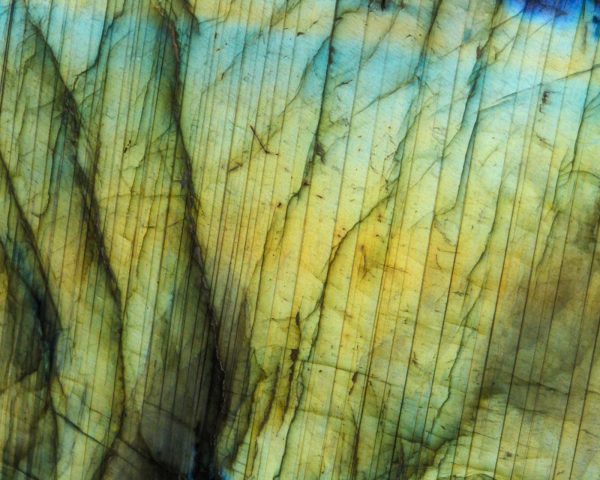 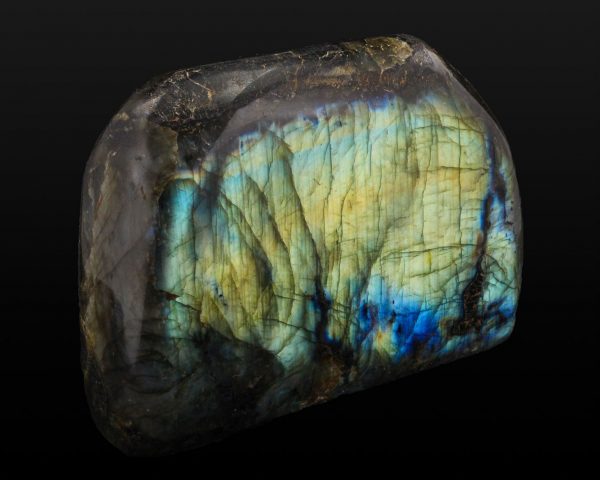 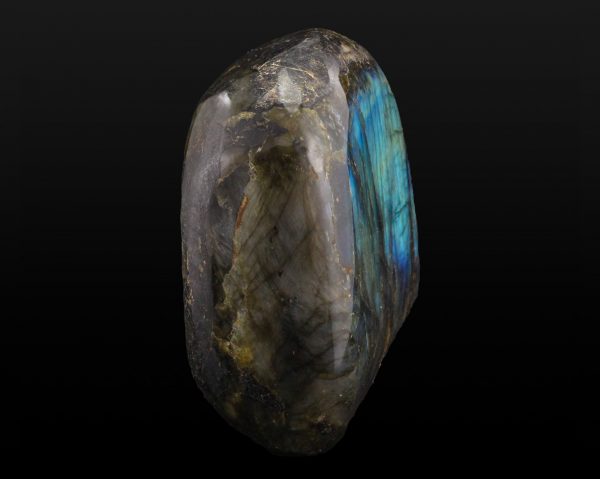 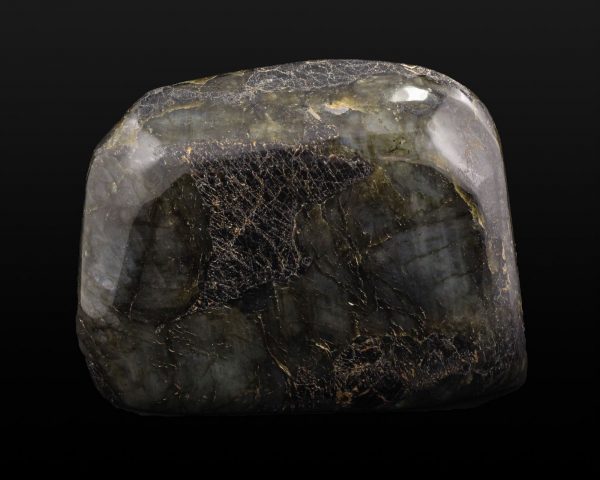 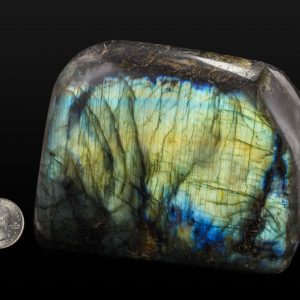 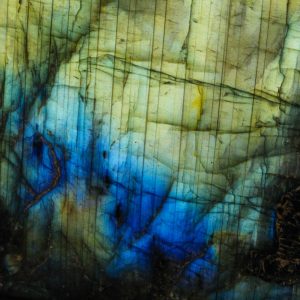 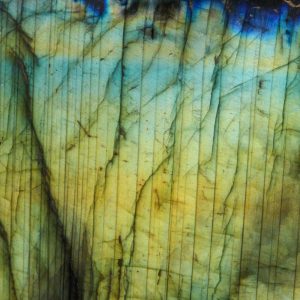 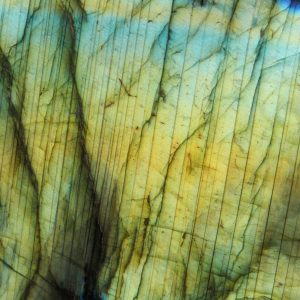 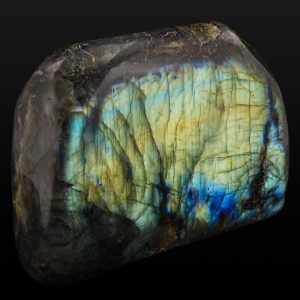 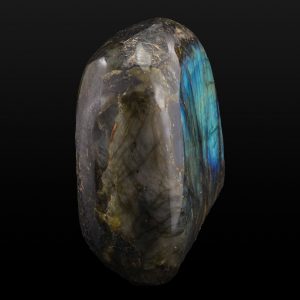 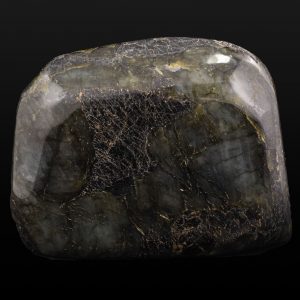 A Feldspar mineral, Labradorite is named for Labrador, where it was first discovered (imagine that). Labradorite displays an iridescent effect known as labradorescence (once again, imagine that . . . ). When held at various angles under illumination, refracted colors range from blues and violets to greens, golds, yellows, and more – a polished surface serves to accentuate the effect – yet at a glance, Labradorite can appear to be a nondescript gray rock. This particular specimen is large and has some amazing flash. It is polished all around and flashes from every surface, but the front face is really spectacular – no matter the angle, it flashes, particularly yellow-gold which is not as common, and brilliantly. Another one of those specimens where the debate from guests will be whether it’s real or not – but it certainly is!